Do you know a distinguished IUPUC alumnus who is deserving of this award? Contact the alumni relations office at 812.348.7387 for information.

The Distinguished Alumnus Award is presented at the annual Circle of Leadership Celebration to an IUPUC alumnus who has made outstanding professional contributions, accomplishments, and service to the community and to IUPUC.

You are invited to submit nominations. The nomination deadline is June 30. Nominations can be e-mailed to bvogel9@iupuc.edu, faxed to 812.314.8503, or sent via U.S. mail to Indiana University-Purdue University Columbus (IUPUC) Alumni Association, 4601 Central Avenue, Columbus, IN 47203. 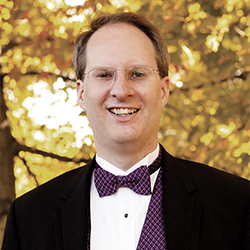 The 2018 recipient of the Distinguished Alumnus Award is Chris Reading.