Each year, IUPUC honors staff members who have provided exceptional service to the campus and community.

The 2020 recipient of the C.W. Coons Distinguished Service Award is Carla Laymon, Executive Assistant, Office of the Vice Chancellor and Dean.

Each year, the Staff Council acknowledges a full-time or part-time staff member for his or her attitude, loyalty, teamwork, and contribution to the mission, goals, and strategic initiatives of IUPUC.

The recipient of the IUPUC Service Award is selected on the basis of his or her attitude, acts of loyalty, teamwork, and contribution to the mission, goals, and strategic initiatives of IUPUC. The award is given during the Spring Awards Ceremony. 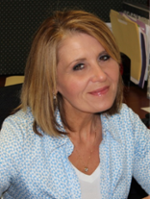